About the Department of Women, Gender, and Sexuality Studies

Women, Gender, and Sexuality Studies is the interdisciplinary study of the world of women and the workings of gender as it intersects with race, class, colonialism, nationalism, and other vectors of power throughout history and around the globe. We practice and promote cross-disciplinary, cross-cultural feminist scholarship and teaching with a strong emphasis on the Pacific and Asia.

In 1975, the Board of Regents at the University of Hawai‘i at Mānoa (UHM) unanimously approved the establishment of a Women's Studies Program. The first formal Women's Studies Program review conducted in 1978 noted that the program provided the only coordinated baccalaureate curriculum in women's studies (as a liberal studies BA major) in the state and was the only locus for academic research on women in the region. Nearly forty years later, we remain leaders in undergraduate education, curriculum development, and research on women in Hawaiʻi. In 2012, the program became the Department of Women's Studies.

The objectives of women's studies are closely aligned with the University's mission statements as articulated in:

All emphasize the mission of UHM to serve the public by generating and transmitting knowledge pertaining to democracy, social justice, and human diversity.

Women's studies (WS) constitutes an exceptionally active, vibrant entity of multicultural and global education and research, whose faculty members exemplify gender, ethnic, and national diversity and whose students reflect Hawaiʻi's multicultural demographics. The department pursues rigorous research and educational activities with a focus on gender in the Asia Pacific specifically and transnationality more generally. The large number of local female and ethnic minority students the department serves, the increasing number of local, national, and international inquiries into and demands placed on its faculty's expertise, the high volume of article- and book-length publications the faculty annually produce, and the high degree of collaboration with other units through cross-listed courses, colloquium presentations, interdisciplinary research, etc., all reflect and in turn confirm the significant function women's studies performs as an institution of excellence in research, education, and service.

WS has been steadily expanding with an increasing enrollment in both undergraduate and graduate programs. While the department has historically served a large number of local female students, we have begun to see an increasing number of both mainland students and male students as our majors and certificate students in the past five years. Several factors contributing to the department's success include the high quality of education, continuous efforts toward compliance with UHM assessment criteria, active mentoring and advising, and regular monthly faculty discussions concerning recruitment, curriculum, and instruction, among others.

In recent years, WS has begun a number of initiatives to nurture our students' identification with WS and the College of Social Sciences (CSS), to train them for post-baccalaureate education and employment, and to prepare them to become well-informed citizens. Included among the initiatives are the Women's Studies Club, teaching apprenticeship, academic mentoring and advising, as well as recruiting efforts, articulation and dissemination of Students Learning Objectives (SLOs), and career and employment mentoring and advising.

WS faculty have always been noted for their research and service in the local community as well as on the campus. Some have provided pro bono legal services to victims of domestic violence and served on community boards and organizations relating to sexual and domestic violence, substance abuse, and HIV prevention, others have served on numerous community boards and organizations relating to girls, crime, and violence and work with the courts developing model programs for girls, including the path-breaking Hawaiʻi Girls Court. Some have taken part in national study groups for the Office of Juvenile Justice and Delinquency Prevention and currently sit on the Gang Study Group of the National Institute for Justice.

Our excellence in research is further supported by other indicators, such as applications for and receipts of external and internal grants, academic publications, academic presentations at local, national and international conferences, and collaborative and interdisciplinary research with other units and institutions. WS consists of a diverse faculty whose work closely reflects the mission of the department, CSS, and UHM. In the area of scholarship of application, WS maintains an excellent record. Needless to say, our research activities directly inform our pedagogical activities, which, as our evaluations readily indicate, is well appreciated by our students.

While women's studies is a fairly new field, with the first programs appearing in the early 1970s, it has grown substantially in the last 35 years. Neither our disciplinary organizations nor the National Research council at present conducts assessments or rankings of women's studies. However, a recent review by Academic Analytics (2015) reported that our department ranks among the top 25 women’s studies departments in the country. Since Fall 2021, the Department of Women's Studies has been renamed as the Department of Women, Gender, and Sexuality Studies. 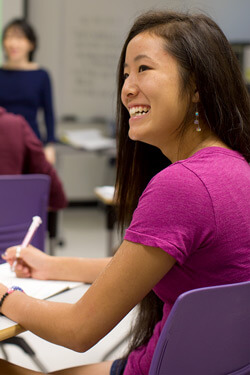